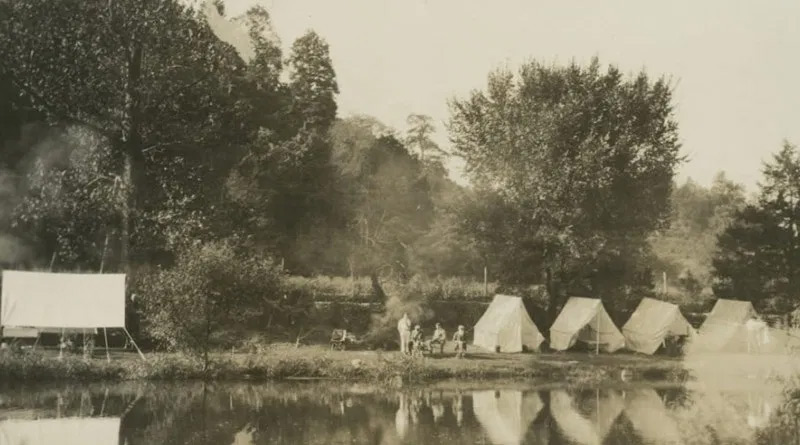 These trips served a dual purpose: to disconnect from their bustling city life and advertise their inventions throughout the countryside. This second aim was more a byproduct of their celebrity status, with each man occupying a spot throughout America’s households.  Each year their fame grew, so much so that in 1924, Harvey Firestone commented that the Vagabonds’ “simple gipsy [sic]-like fortnights” became more of a “traveling circus.”

The group started in Pennsylvania on their 1918 trip, traveling with six cars – two Packards, two Model Ts, and two Ford trucks. Accompanying the arrangement were seven men – joy-riders, as Burroughs described them, who most likely acted as cooks, servants and chauffeurs for the trip. The Vagabonds’ route consisted of meandering through West Virginia, Tennessee and North Carolina, traveling last through Virginia before ending at Hagerstown, Maryland. On this 12-day trip, the Vagabonds slept in fields, explored creekbeds and rural farmland. Burroughs detailed the itinerary, and a crew member documented the journey through both photograph and film.