Lewis-Preston-Fleming Lives Converged in Our Area 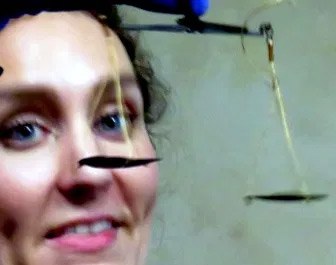 Andrew Lewis, William Preston, and William Fleming helped shape the course of history for Southwestern Virginia. Others also influenced our area, but these three left a physical legacy that can be seen in the collection of the Historical Society of Western Virginia and elsewhere.

These individuals, while having striking similarities in their early upbringings as well as in their military and political careers, were also friends, working together during the French and Indian War, as well as during Lord Dunmore’s War. All three served under Gen. George Washington at some point in their military careers and were highly respected by their communities, with each dedicating their later lives to serving Virginia’s early government. Their lives, while separate before arriving in Augusta County, were very much entwined on the frontier.

The Historical Society’s collection directly relating to Preston and Lewis consists mainly of papers from their descendants, but objects relating to them are available in our area, especially at the Salem Museum in Salem and at Historic Smithfield Plantation in Blacksburg. And, while we might not have an exact history behind the objects, they still talk and tell us about their craftsmanship and use, regardless of the provenance and their owners.

Andrew Lewis was the first of the three patriots to emigrate to Virginia, and unfortunately, not under extremely happy circumstances. Lewis was born in 1724 in Ireland; the actual location is up for debate. His parents, John and Margaret Lynn Lewis, were both descended from noble Scottish and Irish lines.